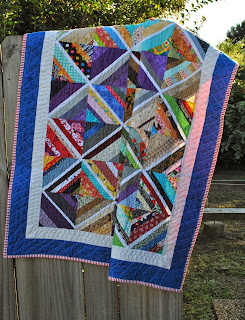 Last January, I set a rather ambitious goal to finish 13 projects in 2013.  Call them UFOs or WIPs, or whatever, the truth is these quilts-in-progress were just languishing in a basket in the sewing room, taking up space and making me feel guilty.  Here was my original list: 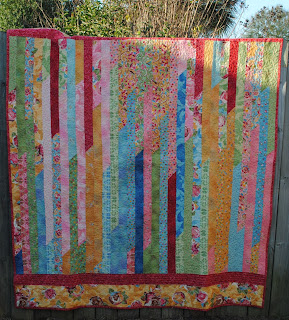 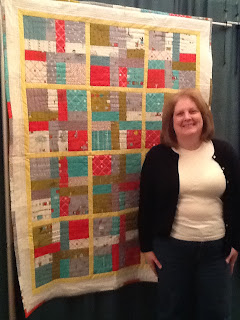 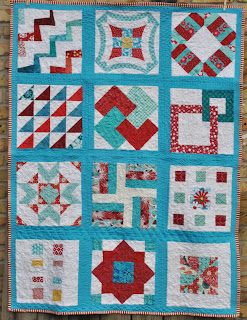 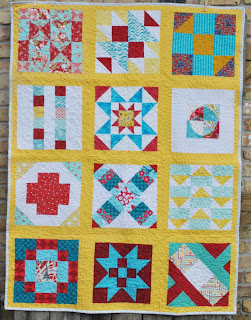 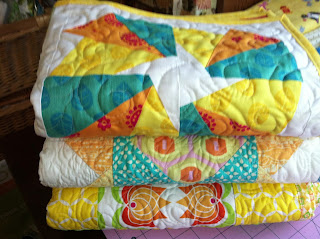 4.   Citrus Quilts - I thought I had 10 blocks.  Turned out I had 48 blocks! so I ended up making 3 quilts and asking for a few more from the most recent round of the  3x6 bee so I could make one quilt a little larger.  These 3 were completed in August.  I have the final one on the list for 2014.  Two of these were donated to Project Linus, but somehow, I couldn't part with the third one. 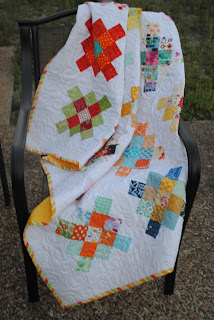 5.  Granny Squares Quilt.  These blocks were from a couple of online bees in 2011, so I had plenty of squares to finish this quilt. It's one of my favorites, in fact.  It's also the only quilt I've had the pleasure of quilting on a long arm (thank you, Marcy!)  This one was finished in April. 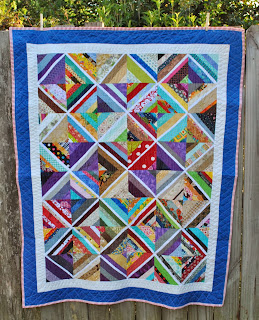 6.  The String Blocks Quilt  was finished in October. 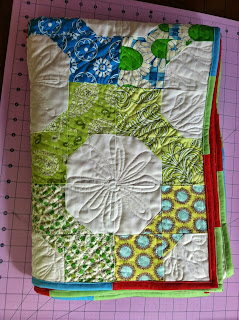 7.  The Bow Tie Quilt was finished in September.  I really had fun quilting this one.  I called the quilting motif a Double Daisy, but the ladies in the guild thought it looked like Sand Dollars.  Whatever it was, it is finished.   Yay! 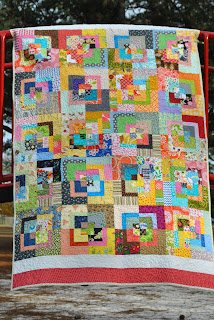 8.  Bento Block Quilt - I finished this one in December. 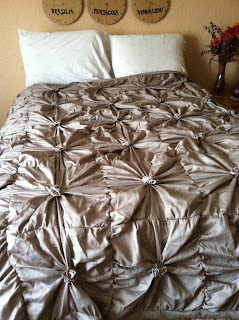 10.  Ari's anthropologie knock-off duvet cover was finished in April, 2013 as a graduation gift for Ari and her husband, Mitch. 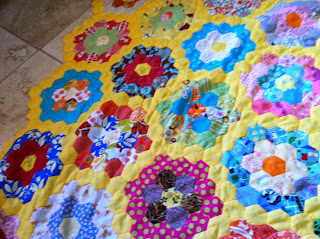 11.  My Grandmother's Flower Garden quilt is really coming along.  I am actually amazed at the progress I've made on this one, so while it's not really finished, I'm not going to count this as a fail, either.  It's a great project for wintertime, since it's all hand-stitched, so I'm going to put it on the list for 2014 again and see how far I get.  I'm really pleased with my progress on this one. 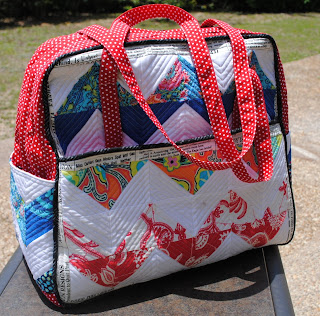 12.  I have made 2 Weekender Bags from the leftover HSTs from the Swoon quilt, so I'm going to count this one as finished, July, 2013. 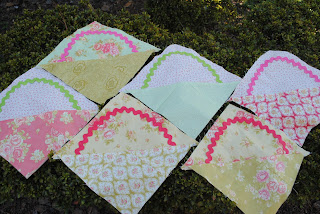 13.   I've made virtually no progress on my Basket Blocks quilt.  It's still sitting there in it's little zip lock waiting for some attention.  So this one is going to the top of the list for 2014. 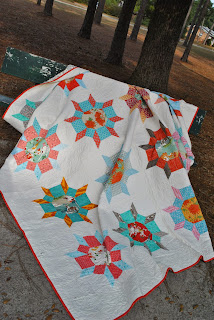 There were a bunch of other finishes in 2013, and one day I will get around to figuring that out, but that's it for this list.  While I didn't get to everything, I'm not going to beat myself up about that.  Overall, I'm pretty pleased with what I did accomplish, and that's good enough. =) 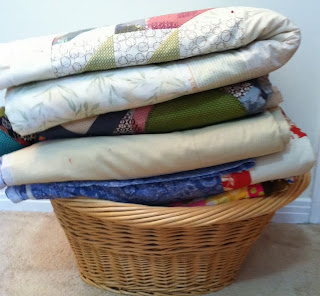 I'm debating whether or not to try to do 14 in 2014.  Is that too much?  Especially considering that my WIP pile is considerably smaller than it was last year.  There are these two unfinishes of course - the Breath of Avignon and the Basket Blocks. 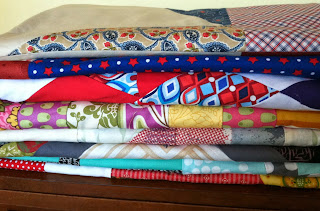 And then there are a bunch of others.  Some have been sandwiched.  Some are just finished quilt tops. 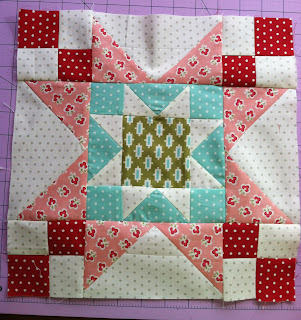 And a few are just unfinished blocks - or blocks yet to be made.

It will be interesting to see what quilty pleasures 2014 brings, won't it?