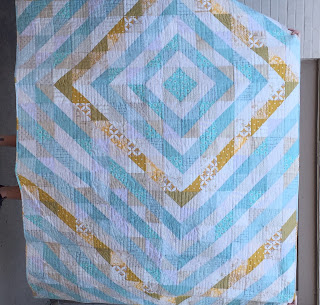 I haven't had a chance to do much quilting this summer, but I did manage to get a quilt made for Sean and Jessica as a wedding gift.  Sean suggested I use their wedding colors.  Even though it looks blue in the photo, the colors are really seafoam and gold, with some beige and champagne as the background. 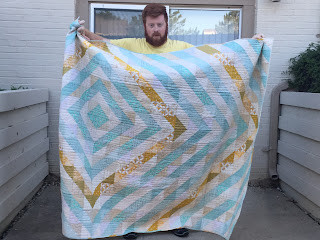 Originally, I was going to use a pattern from an MSQ tutorial, but I cut the blocks wrong and decided that I wasn't going to waste them, so I decided to do something else. 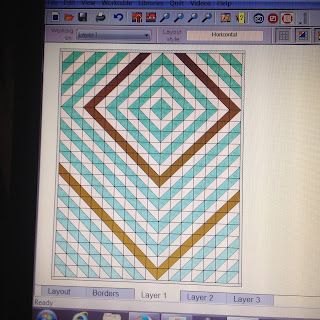 So I got out the computer and spent a couple of hours playing on EQ7.  Good thing I did, too, because without a guide, I'm not sure I would have had any of these HSTs (there are 320 of them!) where I wanted them. 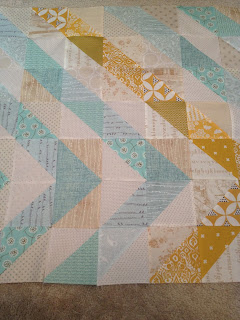 As it was, I checked them off as I finished each row, so keeping it straight wasn't too bad. 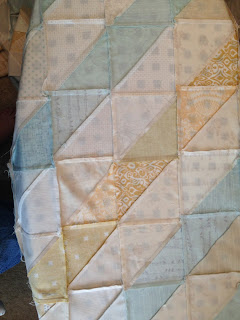 I showed just a couple of sneak peeks on Instagram to keep it as much of a surprise as possible.  It was hard not to share it as I went. 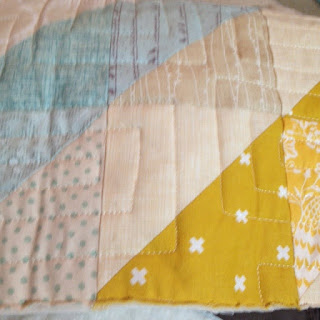 Since I was in such a time crunch, my dear friend Marcy let me use her long arm.  This Greek Key design seemed perfect for the HST design since the square corners contrasted so nicely with the triangles of the HSTs. 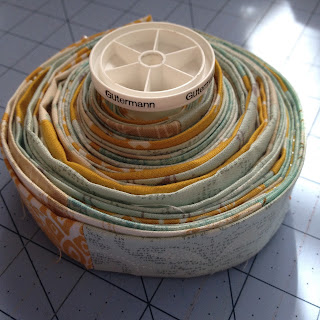 I used pretty much all the scraps I had to bind the quilt.  It was the middle of the night on July 3 and there was no chance to run back to the store. 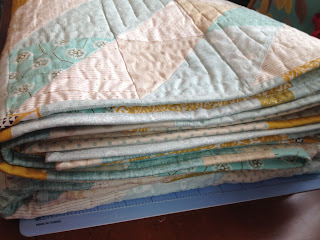 As it turned out, I finished it a good 2 hours before they pulled in the driveway. 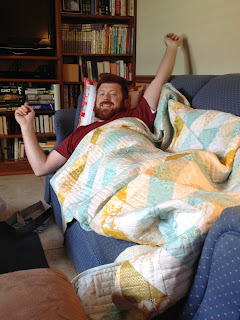 And I think they liked it.