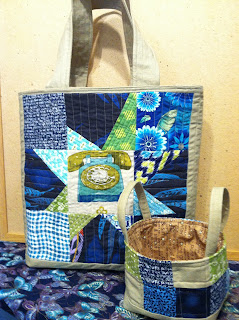 I had a pretty productive day at the sewing machine yesterday, which is a good thing, considering that my items for the Modern She Made swap need to be mailed today.  To be honest, I like this tote so much it's kind of painful to mail it away.  That said, I just made myself a new bag, didn't I???  Well, as one of my readers said, "Can a woman ever have too many bags?" 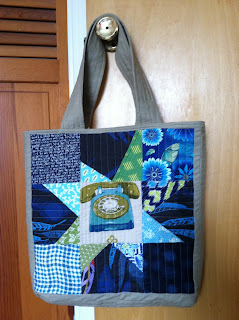 I bought some Melody Miller fabric awhile back, which became the focal point for this tote.  Then I started browsing through the fabric scraps in those colors and found a much better selection than I thought I would.  The theme of this round is stars, hence the wonky star.... 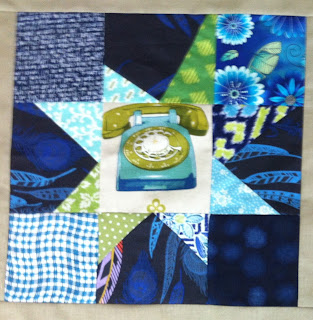 I used some of the Dear Stella FQ scraps from the Dresden pillow I made last fall, and some of the AMH feathers and the RK Quilter's Linen I scavenged for my Scavenger bag, plus some of the Vintage Modern scraps from the BOM I'm working on (the colors were perfect!), some DS Quilts leftovers from various projects, plus a tiny bit of the Architextures I bought a couple of weeks ago...  Oh, and the floral was from some decorated towels I made for my sister's family last Christmas.  It was fun pulling the fabrics for this one. 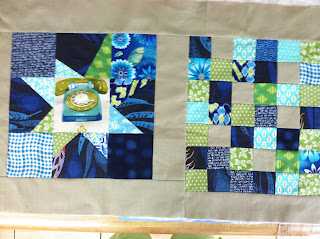 The bag is loosely based on Elizabeth Hartman's Perfect Tote, but first I decided that I didn't want to do the piece-as-you-go method, and from there it was a downward slide to do-your-own-thing. Just one more example of that problem I have with following directions, I guess. 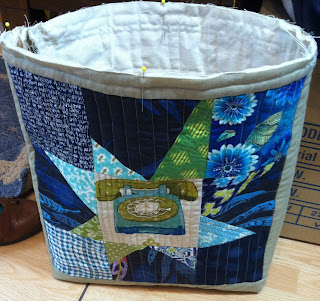 This is the first time I've used cotton duck as the interfacing for the bag.  I liked the structure and substance it gives the bag, and will probably use it again. One thing I did learn though - if you're using linen, the linen itself actually needs some stabilizing before it is quilted. The linen stretches and the duck cloth doesn't so it makes for some shifting in the layers.  This might not have  been an issue if I had actually done the QAYG method, but since I pieced it first, and then quilted, I found that I was fighting with the linen all the time as it stretched.  If I were to do it again, I would definitely use a lightweight iron-on stabilizer on the piecing before I quilted the project. 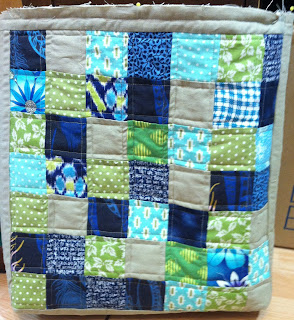 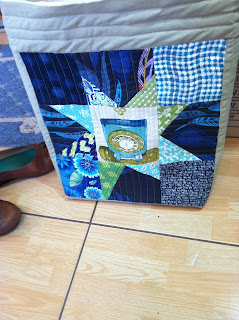 And I had a little catastrophe when I assembled the bag - oops, I sewed the top as the bottom.  And I had already cut the corners.  Made for some interesting moments.  But I managed to salvage the project.  Whew! 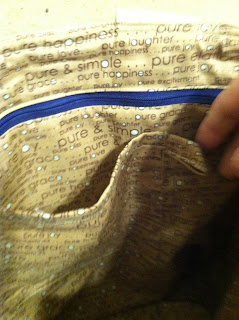 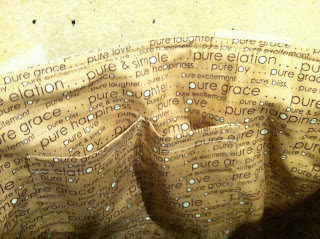 And a double patch pocket on the other side, for cell phone, business cards, or whatever. My I-phone fits perfectly in one side. 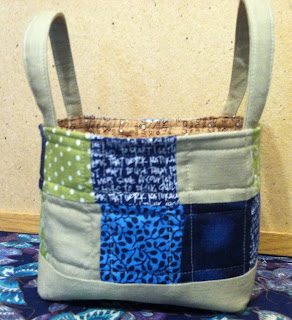 I had a little extra patchwork left over, so I cut a few more squares and made a fabric basket - my first one.  I love that there are so many fun tutorials on the internet!  It's so easy to find instructions for just the item you have in mind. 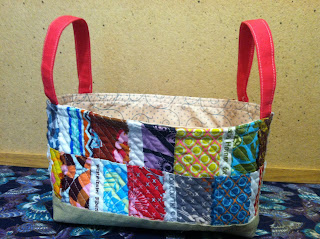 And since I was having so much fun, I grabbed some of the AMH Loulouthi scraps youngest daughter donated to me and made my basket for the Fabric Basket Swap.  It feels weird to make something so far in advance - this one isn't due to mail until June 5th.  What's up with that?  It's so unlike me...

All in all, a very fun day sewing yesterday.  I think I'll do it again.  There are certainly some advantages to being retired.

Hope you have a fun sewing day too.