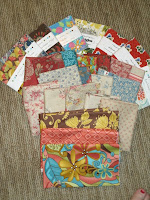 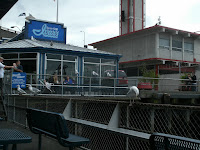 Then we went into Seattle and had lunch (yes, again!) at Ivar's, this time at Acres of Clams.  Even though the day wasn't perfect, we sat outside on the terrace and watched the ferries and fed the gulls.  They sure know where to come for a free meal.  And boy are they greedy.  And noisy.  But, that is part of the ambiance, after all. 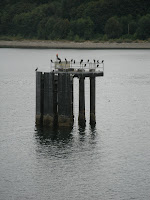 Why is it that all the gulls gather together on one buoy, while another buoy is totally shunned by their kind?  Some kind of gull radar? 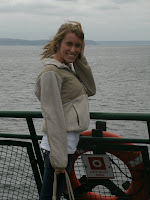 Naturally, we took a ferry boat ride across the Sound.  I believe the Seattle skyline is beautiful from almost any vantage point, but it is best from the water, and the ferry is inexpensive entertainment.  It was chilly, but the feel of the wind in your hair is - while not conducive to having every hair in place - very refreshing.  One new aspect of ferry rides that was new to me is that all passengers must get off at the far end and re-board for "security reasons".  Hmmmm....  How our lives have changed since 9/11! 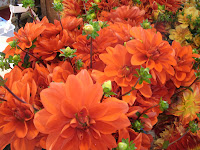 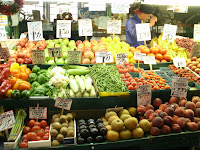 Then we paid a visit to Pike Place Market.  The Market is much less crowded on weekdays.  (Imagine?!)  We succumbed to some farm fresh marionberry jam, and took pictures of the flowers and vegetables - a feat that was impossible in the crush of folks at the market on Saturday.  Look how beautiful!! 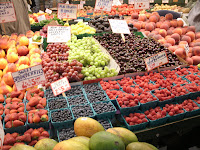 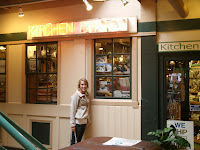 While at the Market, Beautiful Daughter #2 and I wandered through some of our favorite haunts.  In Kitchen Basics, we met a couple who raved about the merits of Butter Keepers, and insisted that every family needed one.  Apparently, you put water in the bowl part and a stick of butter in the cup part.  The water keeps the butter from getting dry and crusty.  No one is sure if the device will stand up to Florida weather, but based on this enthusiastic recommendation, Ari and I each bought one.


Our final visit of the day (after a lengthy stop at the Verizon store to figure out why Beautiful Daughter #2's Blackberry wasn't working, and where the store manager was VERY helpful - although the stop itself wasn't exactly fun) was NORDSTROM.  For more than 40 years now, Nordstrom has been my very favorite store anywhere on the planet.  Their touted service isn't just an urban legend, it's a fact.  Time and time again, Nordstrom employees have demonstrated that their job is to help customers, and they do it so well!  I bought my first pair of grown-up high heels at Nordstrom when I was twelve, and the clerk treated me as courteously as he did any of his other customers - that means a lot to a 12 -year old.

Then, the day before my wedding, when my bridesmaid's dresses (purchased at another store), had not arrived, the buyer in the Bridal department sold me better dresses at the same price as the original ones - and did the alterations for free while my bridesmaids waited.  Who can ever forget such service???

Another time, Wonderful Husband bought a pair of trousers literally after the store closed (at 9:15 pm!), and someone did the alterations in the middle of the night, and had them delivered to our hotel before we left at 10:00 am to catch our flight home.

And this time, Ari had a pair of shoes that she received for her birthday that were the wrong size, Nordstrom  exchanged them because they carried the same shoe, even though they weren't purchased there.

I just can't say enough good things about Nordstrom.  Or Seattle, for that matter.  It was a great day!
Posted by prsd4tim2 at 1:59 AM