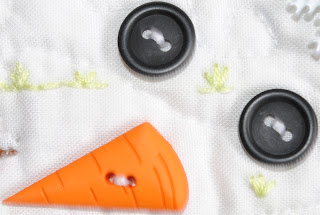 I belong to a Flickr swap group called Rugs With Friends.  We are paired up and make each other a seasonal mug rug every couple of months or so, with different partners for each season. 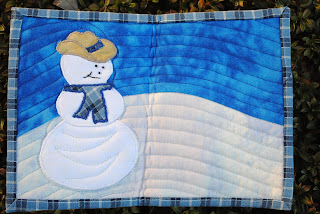 Awhile back, I received this fun mug rug from Mary.  He's a Texas snowman - you can tell by his hat. 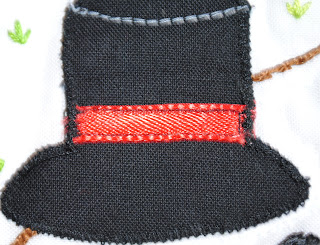 Receiving him convinced me that I wanted to go with the idea that had been rolling around in my brain for a couple of months, just waiting for a chance to get out.  A Northwest Florida snowman. 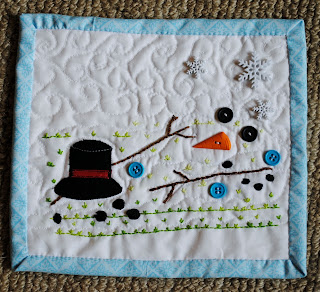 To be honest, it's not an original idea - Stampin Up! had a stamp similar to this several years ago in a cute little set called "Thanks Snow Much!"  But the idea was too fun to pass up.  When my kids were little - I think they may have been 10, 8, and 2 - we woke up one Valentine's Day morning to *SNOW*ON*THE*GROUND!!!!!  I actually broke a cardinal rule in our family - never wake a sleeping child - and woke the kids up, got them dressed in the few warm items we could find, and hurried them outside to enjoy the moment. 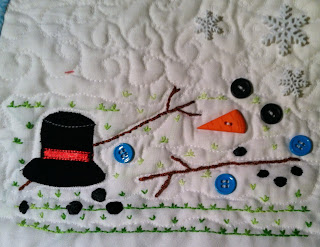 And a moment was about all there was.  We went for a walk and then hurried to build a snowman in the front yard.  This is what he looked like by about noon.  But we had a blast anyway and it made a wonderful memory.

My partner said she laughed when she opened the package and saw him for the first time.

I think that's a success!