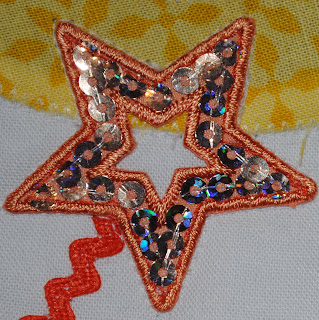 I had a weekend of big finishes and got several projects in the mail today.  It feels so good to get them off the To Do list and into an envelope with postage and everything.


First, Saturday morning I finished my Movie Mini Masterpiece.  Still can't show the whole thing, but let's just say I had a ton of fun with covered buttons and little bows.

Here's a picture of the fabric I used for the back.  Isn't it cute?  Myra at my LQS suggested it.  Someone on Flickr wondered what movie these little kitties are watching.  I'd suggest it had a big dog in it, except that most kitties I have known can hold their own against just about any dog. 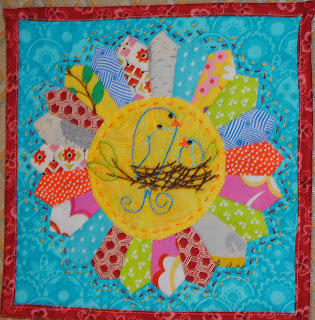 Then I worked on my spring mug rug for the Scrappy Mug Rug Swap.  I had the embroidery all done, so it didn't take too long.  Sat down in the early afternoon to add the hand quilting and it didn't take long at all. 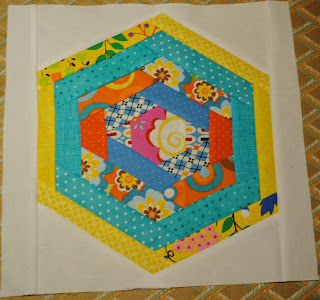 Then I decided to finish my March bee blocks.  I only had one left to make.  It's called Hexing Around and it's sort of a log cabin Hexie.  It was fun to put the colors together, and I really love the way it turned out.  I hope the QB likes it. 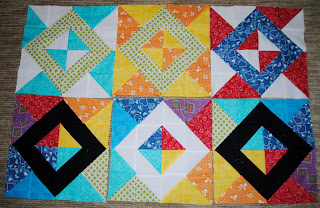 And I mailed all six of these today also.

So, I am, at least officially, caught up.