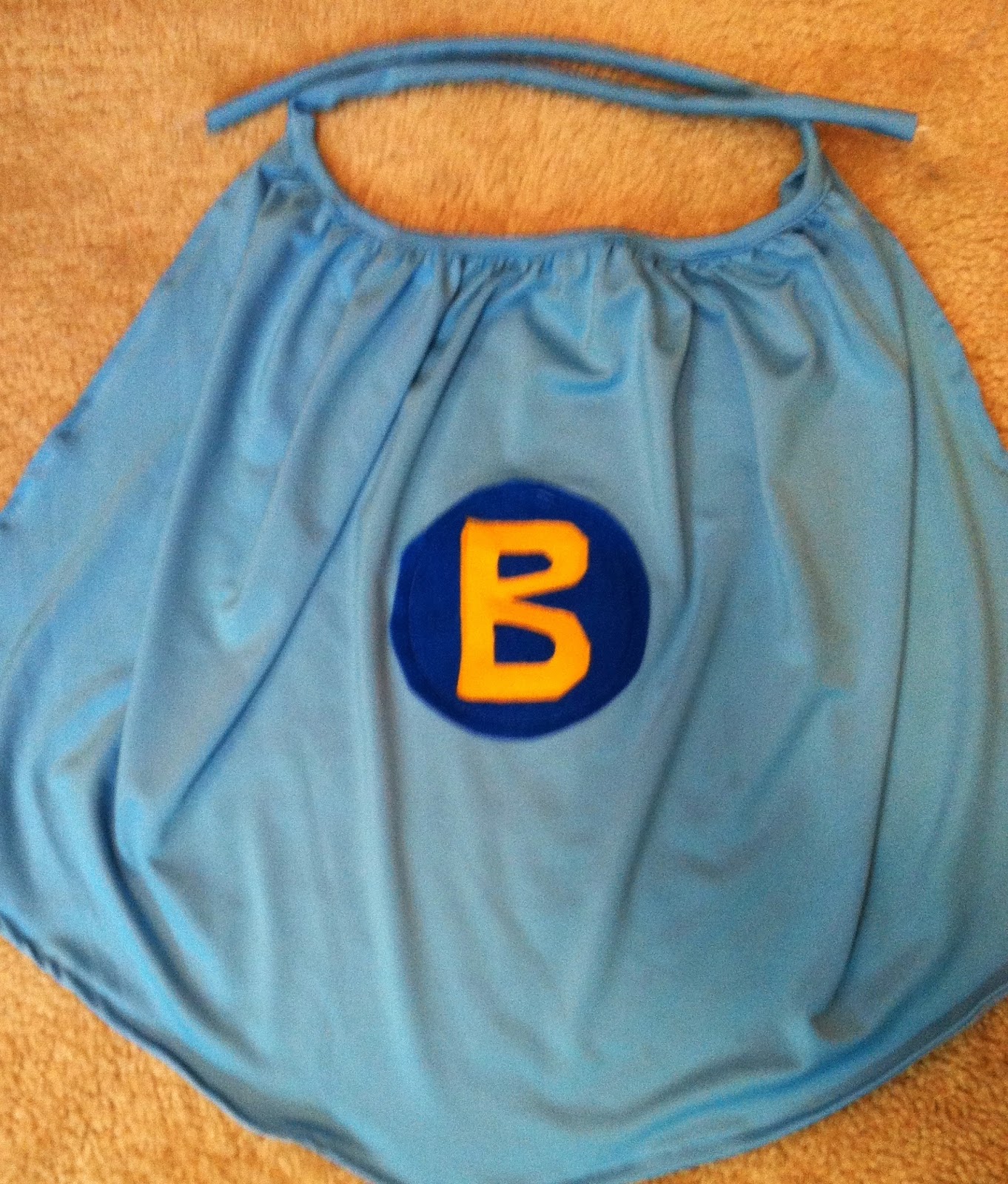 Now that I've made three princess dresses for the big sister, I decided it was important to give equal time to the young boy in my life.  He is such a joy in my life, even though I don't get to see him often.  I had some left over fabric from two of the princess dresses, so I decided to make him a couple of superhero capes.  This one is Super Britton.  The piece of fabric I had left over was a triangular shape, mostly so I could get as much use out of the small piece as possible.  Keeping it simple, I drew a circle and a "B" to fit inside it.

Very basic, but I don't think elaborate would necessarily have made him happier.

Oh, and I found out something interesting - Wonder Under doesn't work on felt.  Luckily, even though the cape is slippery, felt just naturally kind of stays put, so the fact that the Wonder Under didn't stick wasn't a huge deal. 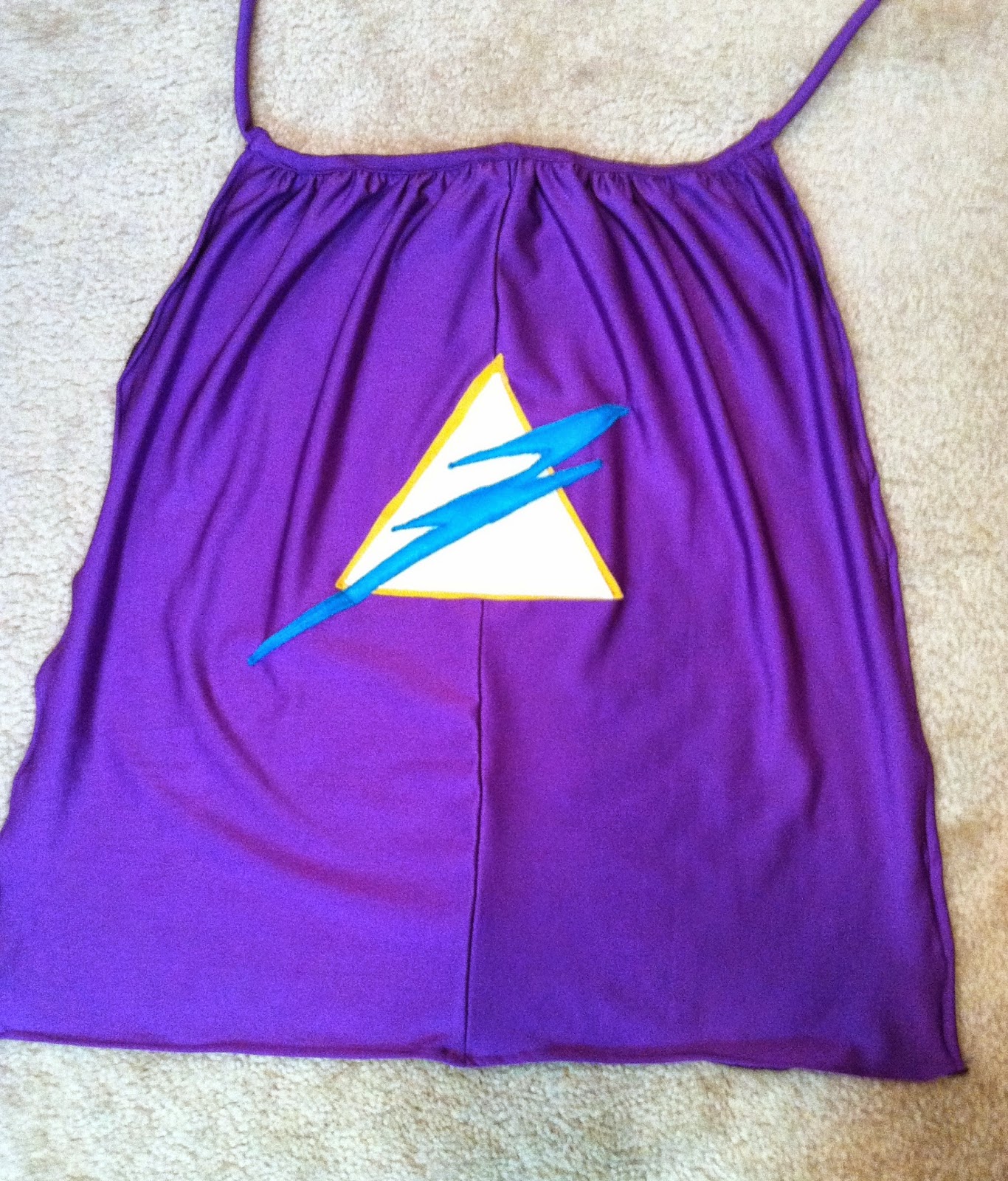 I had a long, narrow piece of the purple left, so I cut it in half and put a seam down the middle.  I didn't want to use a character logo - I don't think he would recognize them yet anyway, and I wanted this to be something he could use his imagination for.  I started with a double triangle and then added the shaft-like thing.  I was kind of going for a lightning bolt, but when I got it on there, it looked like a fox running to me.  A stretch, I know, but maybe that's ok.  His momma is "A Crafty Fox" after all. 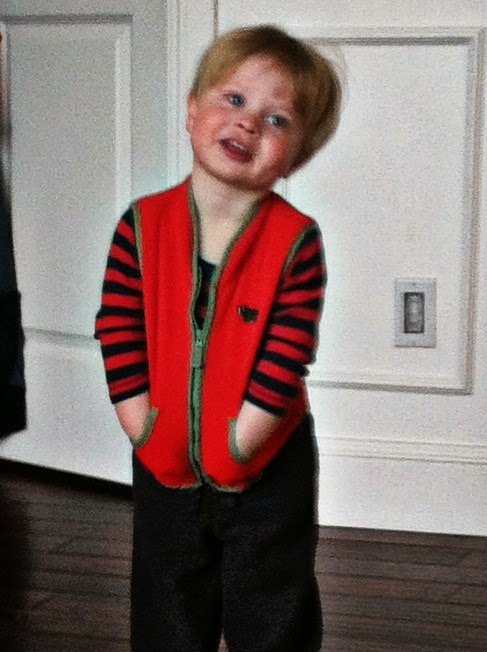 So, equal time for the little boy.  (He really is durned adorable, if you ask me!)

I can't wait to see him play in them!